This is a general X-Ray film designed for use with green emitting intensifying screens. The system speed of this film has been adapted for specific applications, according to the international guidelines. The toe of the sensitometric curve has a form which provides a high contrast in the low densities of the image. This permits the use of Radiomat film in applications such as angiography, where it gives sharp and detailed images of even the smallest blood vessels as well as of bone structures. 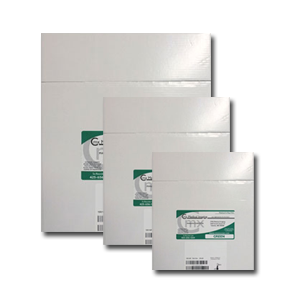