FOR USE WITH DRYPRO 793 LASER IMAGER ONLY

Sharp, clear images are assured by optimized control of image tones for CT, MRI, and other image modalities.
Special new anti-halation technology increases image sharpness. Designed for linear gradations from low-through high-density areas, SD-P/SD-PC delivers excellent diagnostic clarity in the processed image. Daylight packaging makes the film easy to handle.(Film is available in the following sized, 14×17 inch (35x43cm), 14×14 inch (35x35cm), 11×14 inch, 125 sheets per box.) The film is available in a vivid blue or clear base type, to allow selection of the appropriate film for the application. 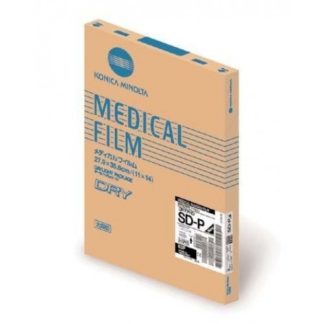