FOR USE WITH THE DRYPRO 800 SERIES LASER IMAGERS

Storing and handling unused film
After confirming that film is packaged, store unused film, like ordinary film, in a cool, dark place (recommended temperature:10-23℃(50-73°F)) where it will not be affected by radiation. If film is stored in a place where temperature is more than 30℃（86°F）for a long period of time, the quality of the film may change. When storing film in a film storage bin, it should be stored in a place where temperature is not likely to rise. 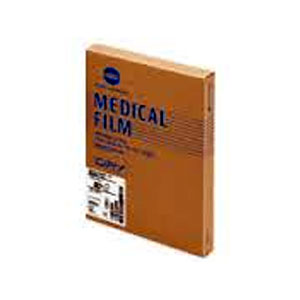